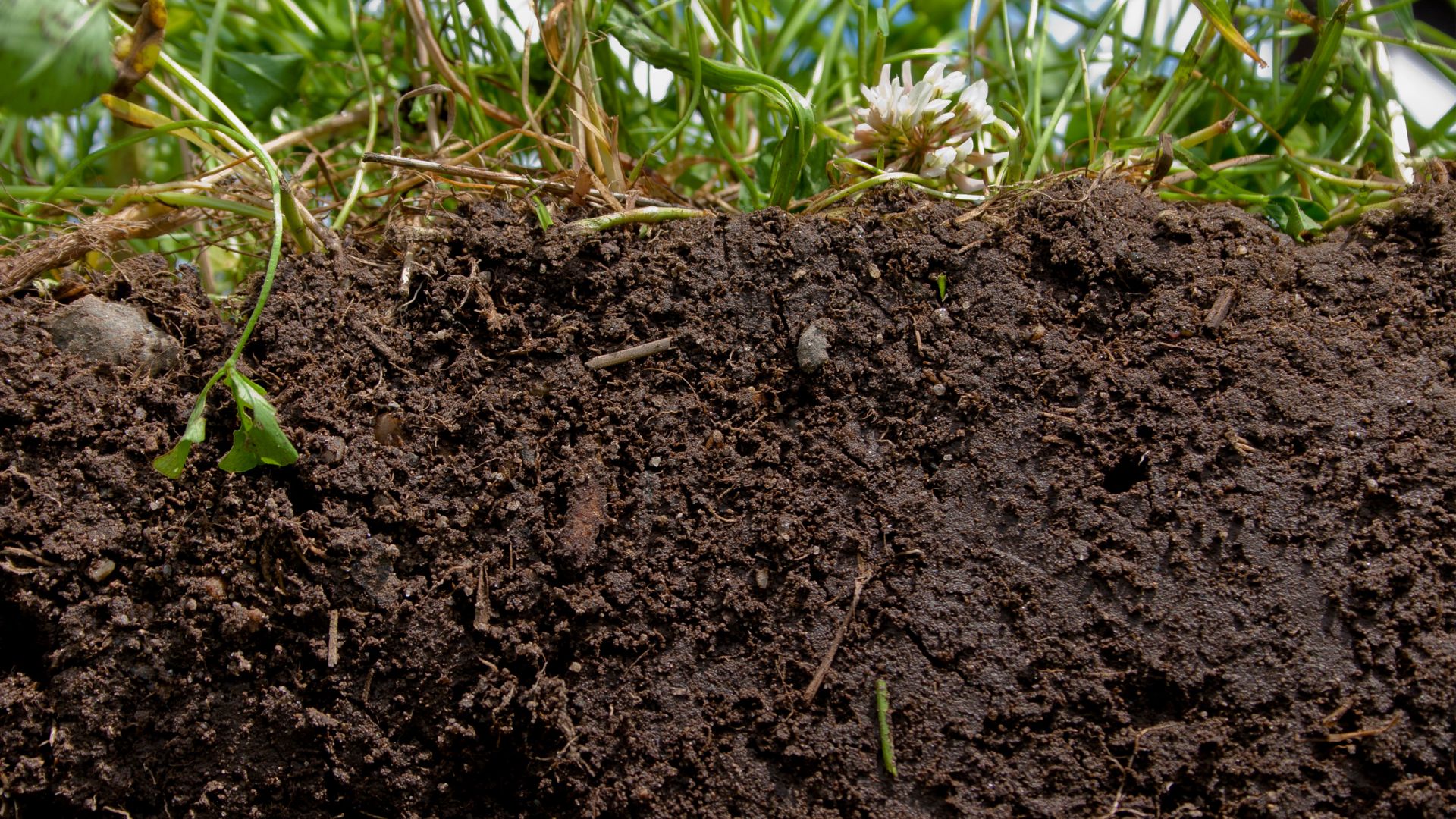 Soils are dynamic and diverse natural systems that provide a critical ecosystem service for the sustenance of life on Earth.

Soil is a material composed of five ingredients – minerals, organic matter, living organisms, gas, and water. Soil minerals are divided into three size classes – clay, silt, and sand and the percentages of these dictate the soil texture. The minerals come from rocks that have been broken down into small grains. Water, wind, temperature change, gravity, chemical interaction, living organisms and pressure differences all help break them down.
Organic matter is plant, animal, and microbial residues in various states of decomposition; it is a critical ingredient – in fact the percentage of organic matter in a soil is among the best indicators of its quality.

It’s estimated that a quarter of all species live in or on soil and we need it to grow almost all our food. Soil also plays a wider role in absorbing water (and thus reducing flooding), and locking away carbon. However, soils are under growing pressure from intensive farming and tilling, overharvesting and the use of chemicals.

There are five different types of soil microbes: bacteria, actinomycetes, fungi, protozoa and nematodes. A teaspoon of soil contains more of these than there are humans on the Earth. Each of these microbes has a different job to boost soil and plant health:

Bacteria is the crucial workforce of soils. They are the final stage of breaking down nutrients and releasing them to the root zone for the plant.

Actinomycetes were once classified as fungi, and act similarly in the soil. However, some actinomycetes are predators and will harm the plant while others living in the soil can act as antibiotics for the plant.

Fungi, like bacteria, also lives in the root-zone and helps make nutrients available to plants. For example, Mycorrhizae is a fungi that facilitate water and nutrient uptake by the roots and plants to provide sugars, amino acids and other nutrients.

Protozoa are larger microbes that love to consume and be surrounded by bacteria. In fact, nutrients that are eaten by bacteria are released when protozoa in turn eat the bacteria.

Nematodes are microscopic worms that live around or inside the plant. Some nematodes are predators while others are beneficial, eating pathogenic nematodes and secreting nutrients to the plant.

Soils contain enormous amounts of carbon – more carbon than in Earth’s atmosphere and all its vegetation combined. And while certain practices such as ploughing can stir up that carbon (farming, over human history, has released an estimated 133 billion metric tons of carbon into the atmosphere), soils can also take up carbon, as plants die and their roots decompose. Just how long this carbon is stored is still being debated.

Organic farming creates healthy soils by nourishing them with compost, nitrogen-fixing crops, and crop rotations. As a result, organic farmland stores more carbon (on average 3.5 tonnes extra for every hectare), and organic soils are around 25% more effective at storing carbon in the long-term.

All in all soil is a rich ecosystem of life which we should take care for sustainable living.